Does your team have a reasonable stable throughput or velocity? Have they improved and optimised their way to what you would consider their peak velocity or throughput? Would you say that teams that are at their peak throughput are High Performing teams? They sure appear to be, relative to other teams that are less mature, have an unstable velocity or have not reached their peak velocity. Unfortunately, the assumption in all of that is that “velocity equates to performance”. 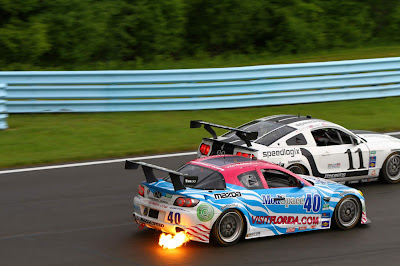 Looking at this race car, if we measured it on the horsepower of its engine would that equate to the outcome of a race? Of course not. It would be a contributing factor for sure, but so much else goes into deciding what place this car will finish in a race: fuel, suspension, transmission, tyre choice, on and on, and of course the driver.

It is the same for our teams, while velocity is a good measure of horsepower; it is a poor predictor of where the team would finish in the corporate race.

Velocity measures our outputs; such as deploying live features, updates or fixes.
For our outputs to be valuable they must produce a positive outcome. That is, they must change customer behaviour, such customers use our product for longer, write positive reviews, or we acquire new profitable customers. A feature that doesn’t change customers behaviour generally has no value.

For our outcomes to be valuable they must produce a positive impact: That is, they must increase revenue, increase profit, increase reputation or for charities deliver greater social benefit. A change in customer behaviour that doesn’t produce a positive impact for the company generally has no value.
While it is valuable to produce outputs, it is much more valuable to produce outcomes; as these have a much closer correlation to achieving impact; which what we are really here for.

Hence, I propose that a team that is regularly delivering positive outcomes, is a high performing team. When I think back on all of the great teams that I have been a part of we were regularly achieving positive behavioural changes in our customers.

Posted by Andrew Rusling at 8:03 PM