Is your code base as messy as this kitchen? 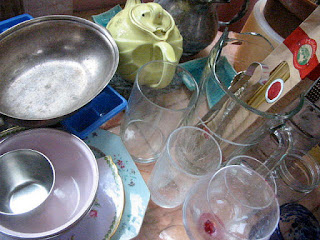 If it is, I am sure it will be slowing you down. Working on technical debt ridden code is very hard to do in an agile way.

This is because the debt:


Technical Debt that impacts our ability to delivery consistently:

The aims are to improving the quality & scope of our test suite, along with obtaining faster feedback. Fast, reliable feedback allows the team to work towards their sprint goals in small controlled steps and this improves reliability of delivery.

Here are my specific tips to achieve these aims:

Fast, reliable feedback allows the team to engage in effective refactoring.  This in time allows them to reduce coupling with their code and also reduce other types of technical debt, which further increases their reliability of delivery.

With our Fast, Reliable Test Suite in place it is now time to start attacking the debt:


Do you have any other tips for working in these difficult situations?

Posted by Andrew Rusling at 4:05 AM 4 comments:

Transforming the Scrum of Scrums and Delegating Release Co-ordination

Once we* had our Delivery Teams regularly delivering increments of valuable working software; the management team made the tough call of pushing the responsibility for co-ordination of releases to the Delivery Teams. This blog post follows this decision through its successes and failures and explains how we adapted to the feedback we received and issues that we identified.

*The Royal we: Management Team, Transformation Team, and Coaching Staff.

The Scrum Masters held a brief meeting to decide how they would handle the situation. They quickly selected two Scrum Masters to lead the co-ordination effort. One of them took the lead and did a great job of co-ordinating the release, which went out on time and to the quality we had aimed for. There was plenty of room for improvement but no major disasters.

While the Scrum Masters were comfortable with this change, the management team quickly lost visibility of any issues that were occurring and at the same time were getting feedback from many staff members about a lack of communication between the Delivery Teams.

Another couple of issues popped up, which told us another approach was needed for the next release:

With issues around lack of visibility, low communication between teams and concerns about how repeatable our previous success was, the management team decided that they needed to act.

At this point in time the culture had moved from ‘responsibilities being assigned to individuals’ towards ‘responsibilities being assigned to teams’. Looking at our current issues the decision was made by the management team to rotate the responsibility for Release Co-ordination between Delivery Teams each release, along with establishing a Scrum of Scrums as a status reporting, cross team communication and impediment removal approach.

To get things moving quickly our PMO manager booked a weekly meeting with the Scrum Masters, during which they were asked what the status was of each release that was in progress (we have 1 or 2 maintenance releases and 1 feature release in progress at any one time). The Scrum Masters saw it as the PMO meeting and were fearful of raising issues at the meeting, as those issues would then be forwarded onto the management team. The Scrum Masters thought that any issues that were raised made them look bad, meanwhile the management team was hanging out to know the real status of the releases, so that they could help wherever was needed. This fear or lack of a ‘Safe to Fail’ environment was addresses separately (and is perhaps the topic of another blog).

With the PMO established Scrum of Scrum operating, the management team continued to receive feedback that there was not enough team to team communication, however we did start to get some issues raises and did get some feeling for how well the releases were going (and they were going well). We were still concerned that the level of ownership of Release Co-ordination was not as high as we needed it to be.

With Attempt 2 still not providing the results we wanted, we decided to intervene by re-invigorating the ‘SOS’ (this unfortunately meeting name was one of the first things to go).
To kick off the change our two Engineering Managers (who have responsibilities around People and Practices) each talked one-on-one with the Scrum Masters that reported to them. 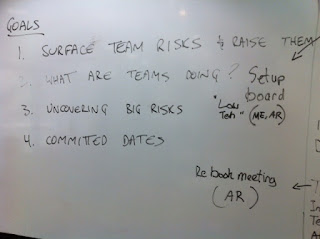 Once those expectations were clear we got down to the business of the Scrum Masters deciding what information they needed to be able to meet those expectations, how the meeting would be organised, when it would occur and who should attend. 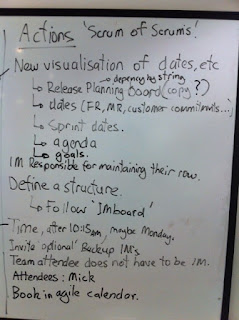 In summary they decided upon: 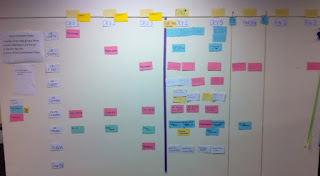 The first meeting went reasonable smoothly, a due date was clarified, a risk was discovered and they discovered two teams that needed to co-ordination on a user story. A few tweaks to the board where suggesting, including using a consistent colour coding scheme.

The next few meetings were tentative affairs as each Scrum Master was ‘feeling out’ how they should behave in this new situation.

The fifth meeting seemed like they were starting to get off track and just running through the motions of an ineffective status update meeting. 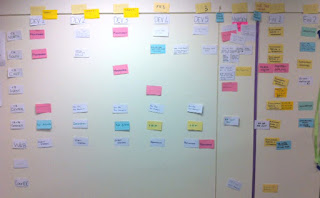 The sixth meeting had some minor cross team concerns discussed. A couple of teams had let their information get out of date, with only one user stories up for the current sprint. The major issue was that we were fast approaching a critical release date, and there was no communication around the status of features that had been committed in the release. It seems like the Scrum Masters were not considering the whole release as much as was hoped by the management team. This prompted a lot of one-on-one discussions and feedback sessions, which thankfully all hit the mark.

Seventh meeting: Great, they are really getting it, taking ownership, asking questions, self-organising. The teams that last week only had one card had added all of their planned user stories and provided more detail in their summaries; this triggered conversations and overall seemed successful.

The Eighth meeting was held part way through the first sprint of our new Release cycle. The board had the next 4 to 5 sprints filled in for most teams (only at a high level for sprints 2 to 5). As a group they spotted three key issues and quickly resolved them. It looks like the Scrum of Scrums is working and is here to stay. 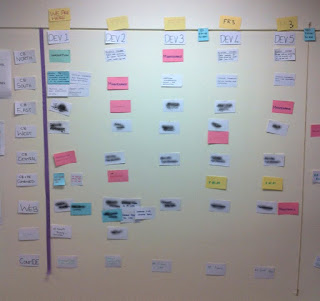 Posted by Andrew Rusling at 4:54 AM 2 comments:


In my coaching work, I find that any effort I put into coaching Scrum Masters pays itself back many times over. The Scrum Master is able to take their improved knowledge and apply it to their team which has a compounding effect. With the Scrum Masters fulfilling their role well the teams can hit their stride earlier and I can focus on key individuals and organisational issues. 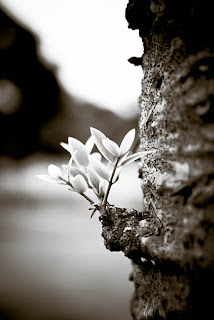 In this blog post I explained my approach of providing direct feedback to Scrum Masters based on the Scrum Activity that they just facilitated. That approach has served me well; however it was not always been smooth sailing. I have learnt a few lessons along the way. From my successes and lessons I present to you a list of ‘Trys’.


Prior to the activity


Good luck giving out your feedback and seeing your Scrum Masters grow. Let me know if any of these try's worked for you. I am also keen to hear about any that backfire for you.

Photo by: Kris Anderson
Posted by Andrew Rusling at 2:05 AM 2 comments: