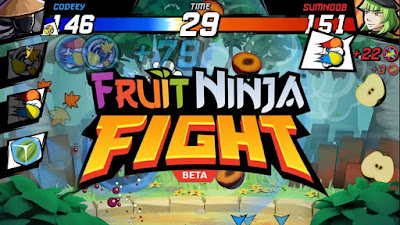 At Halfbrick Studios the “Rebel Alliance” team was working on Fruit Ninja Fight. They had validated their Problem/Market fit and were now in the Product Validation phase. Following a company-wide play test, they had refined the core game play and were ready to start an alpha trial with external players. 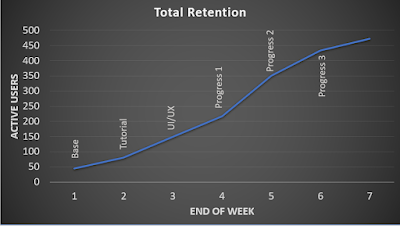 Looking at their experiments through the lens of a Total Retention report (above). 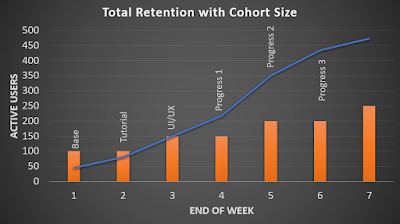 Now let us look at those same experiments when we add Cohort Size to the Retention report. By cohort I mean how many players did the add to the Alpha test each week.

As you can see they started to add more and more players each week as they went along.
What does this mean for the Total Retention report? Its flawed, near useless for judging the outcomes of experiments. This is what the Lean Start-up describes as a vanity metric.

It will always keep increasing, and by boosting the cohort size the trend seems to change, so we can’t see what outcome we have achieved from each experiment.

In the world of games just using this report is a death sentence. Unless you work out what is keeping players in the game you need to keep adding more and more players, the cost of find these players keeps increasing and very soon the game becomes unprofitable. 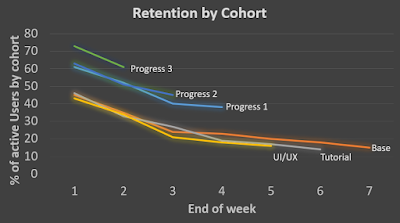 Now let us look at those same experiments through the lens of Cohort Analysis.

On the X Axis you can see the percentage of people retained from each cohort. This automatically rules out influence by varying cohort size.

The first two progression systems show a meaningful jump from the first three cohorts, but both performed similar to each other.

Cohort 6, the third progress system to be trialled, so far appears to be the clear winner out of the three progression systems.

Cohort Analysis shows us the true story of how each of our versions is working out. We learnt to avoid vanity metrics and focus on Cohort Analysis focused on our validated learning.