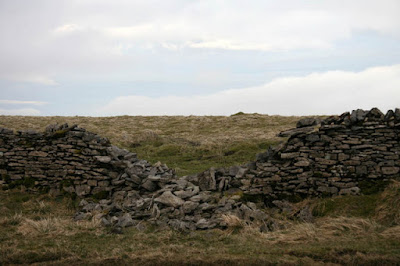 The Fist of Five a voting and consensus building technique

The Fist of Five is a voting and consensus building technique that allows groups of people to quickly understand what they agree and disagree on. With a foundation built upon the agreements they do have; the group can focus their time and effort on resolving their differences. The simultaneous voting aspect of Fist of Five boosts the effectiveness of the group conversations by giving everyone an equal voice. I.e. the loud extroverts in the group no longer dominate the conversation. It only takes one minute to teach the Fist of Five to a new group of people and considering its broad versatility; it is a collaborative technique well worth learning.

I am sure that you have been in a lengthy team discussion that is wrapped up by the lead saying, “so we all agree then?!”. The team responds with some half nods, some murmuring and plenty of silence. The lead moves on quickly and you are left confused about what we just agreed upon and how much agreement there really was. This to me is a failed attempt and consensus based decision making. The Fist of Five can improve these situations in numerous ways with very little effort expended.

Benefits of the Fist of Five


How to use the Fist of Five

Participants show their agreement or disagreement with the statement by voting as follows:


When to use the Fist of Five

How to use the Fist of Five on multiple items

Sometimes your team will have brainstormed many competing items. The Fist of Five is still very effective in this situation to either decide on one winner or to select multiple items. The basic usage is the same as described above. The key difference is to vote on each item, and record those votes, before discussing any item in detail. As you vote on each item note down all the votes against the specific item (e.g. Jimmy votes 4, Bob votes 3, Sally votes 5, Dianne votes 2 could be recorded as 4352). This allows the group to assess the overall field of options and quickly rules out some options as well as locking in some clear winners. The team can now look to combine items before focusing their discussion on those items that did not have clear consensus.

Example of choosing a Project Name

What follows is the list of project names we brainstormed along with the Fist of Five votes for the items that did not have Strong Disagreement, and hence were immediately discounted. There were 6 people voting. In this situation we only wanted one name for the project so “Project New Hope” was the winner.


Posted by Andrew Rusling at 2:13 PM No comments:

The company that takes lunch together, succeeds together

Most of the company's I have worked in have some kind of flexible working arrangements; ranging from choice over your break times; through to hot-desking with infrastructure that makes working from home almost seamless. So you can imagine my surprise when I joined my latest engagement and everyone takes lunch at the same time! Everyone also starts and finishes at the same time with only a hand full of exceptions. Initially I thought it was weird, even backwards; when close to one hundred people downed tools and headed off for their lunch break. However the many benefits that this provides quickly became apparent and I am now a convert.

To support these fixed times the company has a suitably relaxed approach to staff taking time away from the office when life demands it. i.e. A delivery can only be between 8AM and 12PM; your dog has a bad back and needs to go to the vet, etc. So for the most part everyone is at work during the set hours; however there is enough flexibility to live our lives. 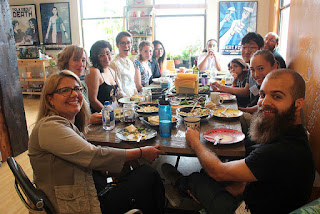 The four primary benefits of fixed Start, Lunch and Finish times are:

The fixed times make for more time available for collaboration in day to day work. i.e. Everyone is available to collaborate from the Start time all of the way through to Finish time. No more having to wait until ‘Core Hours’ to be able to talk to someone in your own team.

With everyone up and leaving at the same time, it sends a clear signal that overtime is not the norm here.


What are your thoughts?

Posted by Andrew Rusling at 12:55 PM No comments: